From providing food, scenery, and travel routes, as a maritime country, Japan has an utmost reliance on the sea. The Japanese realize there is always to thank for the generosity of the ocean, reserving one special day every year to observe the ocean, which is Marine Day on 18 July.

Mr Fujio Kojima also has a deep affection for the ocean, and he has always dreamt of saving the environment ever since he was a boy. He kept that dream and made it come true when he founded Pirika, Inc. in 2011, a social start-up tackling marine plastic pollution. He was only 25 years old at that time.

Meaning “beautiful” in Ainu, a traditional language in the Hokkaido region of Japan, Pirika is an anti-litter smartphone application that has encouraged 2 million people to pick up litter in 100 countries.

Mr Kojima went on to create Pirika Incorporated and the non-profit organization Pirika Association, both aiming to tackle waste problems and plastic leakage issues in Japan and around the world. Pirika has grown since its establishment in 2011, into a company that hires 50 young employees today. Pirika has been involved in various projects, namely Albatross, a microplastics research service developed domestically and internationally, as one of the biggest micro-plastic research projects in Japan.

‘Many of us try to solve the problem of plastic littering but tend to focus too much on the analysis of the current situation without offering any permanent solution for the leakage problem into the rivers and oceans,’ said the 35 years old eco-entrepreneur in a recent interview through Zoom, when asked what inspired him to create Albatross. 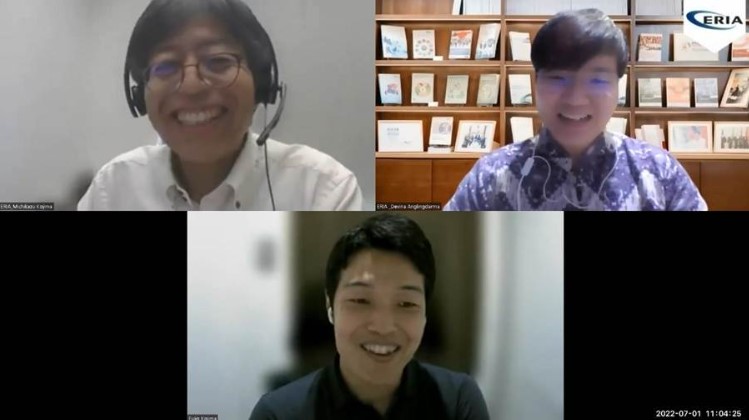 He added that marine plastic classifications that were compiled by researchers are great in theory, but they lack practical application to tackle the problem.

For instance, if researchers point out that the largest contributor to a country’s marine litter leakage is polyethylene products, more often than not, the research results do not delve into finding the exact original products. As a result, policymakers were unsure how to move forward to stop the plastic problem. Against this backdrop, the young entrepreneur felt the need to develop a survey method to find the exact leakage source.

When he was about to start the analytical work, Mr Kojima quickly realised that to use trawling nets, he would have to procure a boat first. Renting a boat in Japan is not cheap, especially for a small company like Pirika. Boats are also harder to navigate through the narrow rivers and waterways of Japan. Undeterred, the mechanical engineering graduate from Osaka Metropolitan University decided to build an alternative mechanism to continue his research.

To find the materials to create Albatross, Mr Kojima and his team looked around for fishing equipment online and bought some sea scooters. ‘They are pretty difficult to combine,’ admitted the man who received the Minister of Environmental Start-up Award in 2021 and 2022. To attach Albatross’ device back and front parts, they created their own contraption using a 3D printer to make sure all the parts they needed can work harmoniously.

Thus, Albatross VII, a cheaper and portable alternative to analysing debris surrounding bays and marinas was created. Looking like a fishing device, it needs only to be thrown into the water surface, while a handler holds the rope that controls the device’s movement. It would pick up the water containing the microplastics after leaving it in the water for around 3 minutes.  The way the machinery works is very efficient and unique compared to using a trawling net. Pirika does not stop at collecting data but analysing the samples before taking action. There were days when the team had to analyse each sample by hand and separate each microplastic with tweezers.

‘Now, I decided to delegate the analysis part to a contracting company by providing training and a manual to their contractors on how to process the samples, so my team can focus on data processing and translation,’ Mr Kojima said.

To make their work even more efficient, they are in the process of requesting manufacturers of all product information, especially those containing plastics, such as what are the components, size, and thickness. Ultimately, he worked together with the United Nations Environment Programme (UNEP) and other local partners to keep growing his database and helped researchers around the world accelerate the classifications of their findings.

‘Our biggest achievement is to find the leakage source by conducting analysis. We found that the artificial turf and the plastic-coated fertilizer are the part of the major sources of microplastics in Japan’s rivers,’ he said.

‘I heard around 60 percent of farmers used plastic-coated fertiliser, so that is why the leakage was so huge, and we are proud to have found this important piece of information using our technology,’ he beamed at his company’s accomplishments.

Also read: Crossing The Border Without Passport: Where Our Plastics End Up

Another Plastic Litter Issue, Another Opportunity

Another invention of Pirika Incorporated is Takanome, or “Hawkeye” in Japanese, an application that proposes the combination of machine learning and recording litters to effectively identify litter hotspots. Again, Mr Kojima and his team did not take an easy way to find litter hotspots. The team categorised the waste type manually and keep increasing the database of Takanome to recognise litter faster.

“Now we are developing Takanome on the car. So, by simply driving around, we can find and analyze litter with the help of artificial intelligence and make a wide litter map.” Mr Kojima explained while showing us his screen. 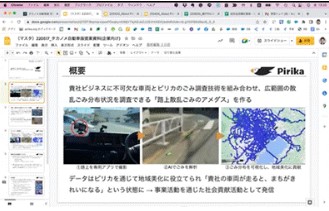 Map of waste, collected using Takanome on the car

By recording the streets using a camera or a smartphone on a car, the Takanome app can identify various types of waste. Taking a step further, the eco-entrepreneur used artificial technology to develop a litter map for Japan.

Like his previous ambitious undertaking, Mr Kojima and his team want to expand his litter mapping exercise to Asia and all over the world. This would allow governments who often have clean-up activities or wish to install no-littering signage in their region, to target the right places to conduct their activities. Local governments can also monitor if their signages are working and monitor the effectiveness of their clean-up activities.

‘We already have two types of customers; one is the municipalities which need the data to clean up their city. On the other hand, we also find customers who wish to join our research by gathering data with their own company vehicles to increase their image as an environmentally-friendly company,’ he said.

Around 50 cars are on the road each day to help Pirika expands its litter map research.

Despite its contributions, Pirika is still driven to find the solution to marine plastic pollution by aiming to create a plastic distribution research network.

‘Most cases of marine plastic pollution come from lands. The plastic distribution research networks would focus on stopping plastic leakage all over the world by observing water surfaces near lands in every country to find the microplastics that could lead us to the plastic leakage source. This way, we could create solutions before the leakage happens,’ Mr Kojima explained.

Also read: Ocean Under Stress: The Insidious Effects of Microplastics on Our Coral Reef