Ocean Under Stress: The Insidious Effects of Microplastics on Our Coral Reef

Dr Suchana Apple Chavanich is a professor at the Department of Marine Science, Faculty of Science, Chulalongkorn University in Bangkok. She focuses on Ecological Research topics, from the tropical area like a coral reef to the North and South Pole. Additionally, Dr Chavanich looks at the impact of climate change and ocean plastic debris on marine organisms.

Currently, she is also the Project Leader of Coral Reef Conservation in the Western Pacific under the UNESCO/IOC Sub-Commission for the Western Pacific Ocean. She serves as a Thailand Reef Check Coordinator that teaches and stimulates local communities to protect and monitor coral reef health using ecologically sound and economically sustainable solutions. Not to mention, she is Thailand’s first female scientist that goes diving in Antarctica and the Arctic.

Because of her work, she has received several awards and recognitions both nationally and internationally. We had the honour to interview her recently through Zoom. Below is the excerpt of the interview.

RKC-MPD: Could you describe your lifeworks with coral conservation to our readers? And why do you consider these sessile invertebrates important? Dr Suchana Apple Chavanich: My research involves species in the tropical area to the cold ends of the world. That means I get to dive around coral reefs around Thailand and Southeast Asia, while occasionally to the North Pole and the South. To add, my research focuses on the conservation and restoration of the marine ecosystem. In particular, coral reefs. Also, I look at the impact of climate change and marine plastic/debris on different marine organisms.

Corals are crucial because, first, corals are homes to many organisms – I think more than 10 million of them. Corals also become our source of edible protein for humans. So as you can see, they create income for the people and the country. For example, coral reefs naturally attract tourism. And because of it, Thai maritime tourism generates revenue of more than 10,000 million baht yearly.

People must know that we cannot bring destroyed coral reefs back into their original state. Sure, we can rehabilitate and try to restore it. But a human cannot mimic the structure of the natural reef. Therefore, restorations and conservations of the coral reef are of utmost importance.

What are the most important findings of coral reefs that you have uncovered, and how severe is the impact of human activities on these reefs in Thailand and Southeast Asia?

We must admit that we have had benefitted bountifully from coral reefs in the past 10-20 years. We utilize them to a point where coral reefs everywhere are dying, mainly because of human activities and climate change.

As for climate change, we were under the impression that corals are strong animals – in reality, they are delicate creatures. For us humans, we barely feel a one-degree temperature change. However, if the temperature rises just as much in the sea, it could cause corals to bleach and die. So, scientists have predicted that by 2050, with the way climate change is unfolding, what happened is that more than 90 per cent of coral reefs around the globe will be at risk or disappear.

What are the effects of plastic in conjuncture with climate change and coral reefs? Indeed, once marine debris like plastic or fishing net covers the coral, some of them can die. But very often, plastic nets only cover some parts of the animals – leaving the sections that are not covered to have some hope of survival. So, we call this a “special effect” where plastic debris could have a localized negative effect. But not to a degree climate change does, which cause the entire water temperature to rise.

For the role of microplastic itself on sessile invertebrates such as corals, we found that microplastics can have an impact such as slowing down their growth rate and moulting. It also tempers with its reproduction capacities. For instance, microplastics could obstruct their fertilization and settlement process.

Other than that, [macro]plastic is not directly involved in disrupting coral reefs. But it does contribute to the production of carbon dioxide. The production process of plastic, factories in general and transportation contribute to ocean acidification and climate change.

We call the ocean a “sink place” for CO2. It means that carbon dioxide that gets into the air will eventually get into the sea. However, the oceans also have a limited capacity to hold greenhouse gasses. If more of them get into the sea, it will acidify the water.

Another sessile vertebrate aside from coral that is fascinating is the bivalves. Mussels, as a filter-feeder is now considered in the UK to clean their oceans from microplastics. Do you think the same technique could be applicable in ASEAN +3 region?

[By using mussels] maybe we can reduce microplastics by 10-20 percent, but reducing up to 50 percent seems farfetched. Firstly, it is because plastics in the ocean are spread all over the place. For this to work, we need to disperse mussels all over the sea – which is impossible.

Secondly, even as a filter feeder, I doubt they have 100 percent capacity to get every microplastic. In Asia, we eat many mussels. In terms of consumer health, I am worried that if we overtly consume these creatures while using them to filter microplastic, it could have some future health effects.

Do you ever see the possibility of us and the marine ecology adapting to consuming plastic as to how evolution naturally happens?

Personally, I do not see this happening. We do not see much development of human adaptation capacity to plastic – because we are complex beings. For example, newborn babies nowadays quite often face the problem of allergies. We can ask ourselves why 30 years ago, the same immune problem was not prevalent. Some argue that we left a legacy of allergies and immune deficiency to the new generations. It could be because of the food that we eat and other environmental factors. It shows that it is still going to be hard for us to adapt. Who knows? Maybe even plastics have also unknowingly become an allergen to our bodies.

From your observation, who are the key stakeholders to keep our beaches healthy and plastic-free?

In dealing with the nature of the issue, we cannot say that the government is the sole stakeholder. In Thailand, we have the Department of Marine and Coastal Resources, which assess and regulates coral preservation. However, all stakeholders need to work together and be on the same page. Having a regulation just on paper is meaningless. What happens is that the government passes laws, but they neither have the budget to run the program nor the labour to implement it. From the community point of view, they do not always like the idea of having marine protected areas. Those who live in these spaces see the area as theirs, not a conservation area. If we cannot convince the locals to cooperate, it would be hard to enforce the law even if we set up a designated conservation location.

Despite all the challenges, we must pay close attention, particularly to the local people whose livelihood depend on the sea. I consider the disregard to the rural reality as “city-centric.” In the urban area, we tend to favour high technology waste reduction solutions. Such as various phone applications. Admittedly, in Thailand, ten million people have smartphones in the city. But another 50 million in rural areas do not. We must have an inclusive model, especially for people who live close to the coast.

We do a lot of public awareness campaigns, but it is not working. It is because enforcers expect people to change their behaviour in one year. We have to consider that human behaviour does not change overnight. It requires time and patience.

Finally, what are the challenges you encounter as a marine researcher?

Budget can be a hurdle, but the speed with which we are expected to produce research results can be even more problematic. If we are trying to look at the impact of microplastic on the health of marine animals, it will take more than one year to produce a reliable result. Especially, since the procedure is not as simple as taking a one-year survey.

All photos are courtesy of Dr Suchana Apple Chavanich

Also read: How Plastics Ingestion is Killing the Marine Life in the Philippines 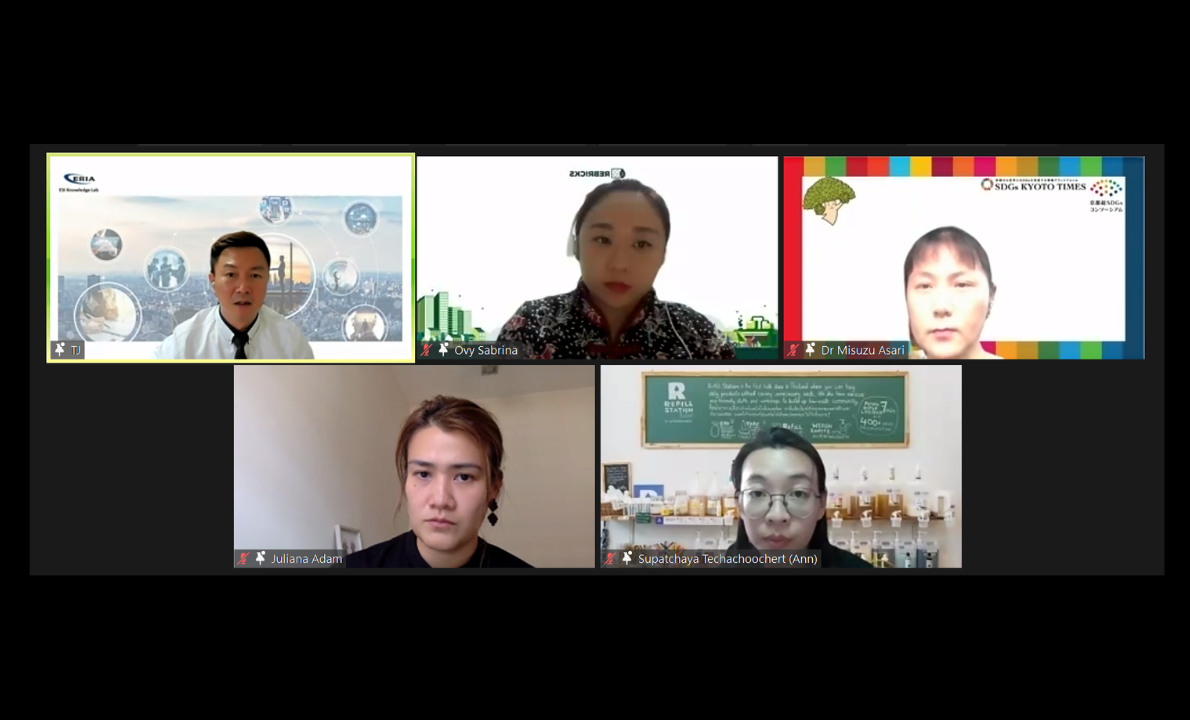